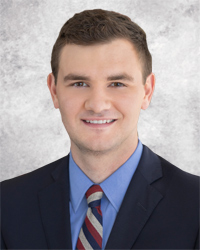 Connor Deleuze is an attorney with The Burton Law Firm.

Connor is a graduate of the University of California, Davis, School of Law. While there he was the vice president of the King Hall Wine Law Society and was published in the international wine journal Jus Vini. Connor also spent time interning at the California Wine Institute before joining The Burton Law Firm. His interest in wine started when he was young and came as a result of his growing up in the Napa Valley, ultimately leading to an interest in the laws and regulations surrounding alcohol sales and distribution. Connor received his undergraduate degree in business administration from Gonzaga University in Washington State with a focus on law and public policy and a minor in political science.

Outside of work Connor is an avid distance runner and enjoys spending time with his family and friends.