Attorneys
Experienced and here for you 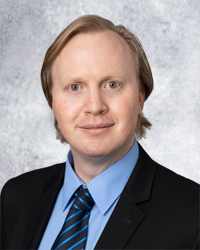 A graduate of the University of California, Davis, School of Law, Cory Darnell received many honors, including the Witkin Award for Academic Excellence by achieving the highest academic achievement in his class, as well as being the Senior Online Editor for the UC Davis Law Review. Cory was a Judicial Extern for Honorable Kimberly J Mueller, Chief United States District Court for the Eastern District of California. He also externed for the California Department of Alcoholic Beverage Control. Prior to law school, he received a M.B.A. from Trinity College Dublin, in Ireland (where he received First Class Honors), a Post Graduate Degree in Corporate Governance from the University of Bournemouth, in the United Kingdom, and a B.A. from the University of California, Berkeley, in the United States of America.

Fidelity Investment, one of the largest financial management companies in the United States with over $8.3 trillion of assets under administration, will allow their investors to fund their 401(k) with Bitcoin.