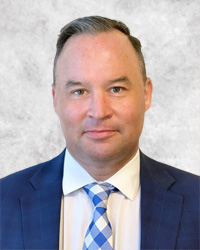 Jonathan Peters graduated in 1993 from U.C. Berkeley Haas School of Business. He joined the Los Angeles Police Department where he served as a patrol officer and member of a special problems until for 8 years. He left the police force to attend law school at the University of the Pacific McGeorge School of Law.

Jon graduated in 2007 and began working for Downey Brand in the Corporate, Securities and Tax Department. In 2010 he left to work for The Shafer Law Group where he  continued his corporate practice specializing in mergers and acquisitions.

Jon has five children, three dogs, three cats, and two birds. He enjoys playing guitar, riding his mountain bike and hanging out with his wife and kids.

Net Operating Loss Utilization Under Scrutiny and Risk of Audit

A business may generally deduct legitimate losses from its taxable income to reduce its tax due to the state and federal government. However, sometimes these losses are greater than income, and thus is called Net Operating Loss (“NOL”). Though obviously not a great sign for company longevity,